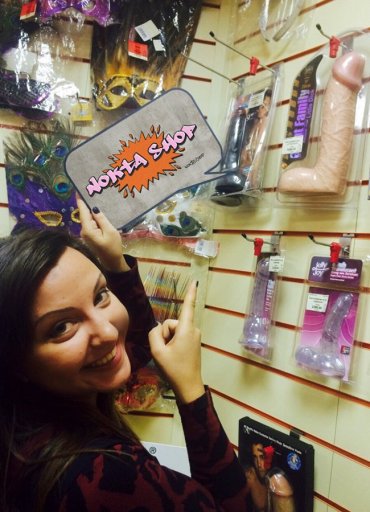 10 Powerful Wand Vibrators You Need In Your Life

10 Powerful Wand Vibrators You Need In Your Life

Even people who aren't that into sex toys have probably heard of the Magic Wand. Yes, it's a legend. Yes, it has a history. And, yes, the vast majority of people agree that it's an excellent toy with mind-blowingly powerful vibrations. This legendary, ultra-powerful workhorse is loved for a reason - it's simple, it's powerful and it's built like a high-end kitchen appliance: to last. While a corded style vibe isn't for everyone, this toy's long cord is rarely a nuisance, and it means you'll never run out of power mid-orgasm.

This update on the classic Magic Wand boasts a few key features: A silicone head, a quieter motor and the addition of two lower intensity settings. It can run corded or cordless, making it one of the most versatile wands out there. Plus, it holds its charge for hours. When it comes to powerful massagers, many people defer to the Doxy. Depending on who you ask, it may be even more powerful than the Magic Wand. It also has a wider range of vibration intensities. This durable, plug-and-play vibe is great for those who want all the power - and lots of intensity options. This reduced-size version of the Doxy Die Cast is lighter to hold (about half the weight!), gorgeous to look at and will still deliver for power queens. It also features a removable silicone head for much easier cleaning than many of its competitors. Doxy Number 3 is rechargeable but, unlike with the Magic Wand Rechargeable, you can't use it while it's charging.

There are a lot of things to love about LELO's Smart Wand. It's powerful, it has a nice range of intensity settings and it's coated in body-safe silicone, allowing you to play on land and in the water. Its curved arm also helps you use it at all the best angles. Check out last year's review of it here. This newer entrant to the wands category isn't just cute (although ... it's really cute!), it's also smartly designed. It's powerful, rechargeable, body-safe and it includes a flexible head for more comfort during use. In terms of best-looking, it wins hands-down, but it has all the goods in terms of performance too. First, we'll start by saying that this wand is a mini wand. It's A LOT smaller than the other wands on this list. But reviewers unanimously say it doesn't lack in power. In fact, its powerful, rumbly motor gets rave reviews. It even has all the bells and whistles of bigger, more expensive wands: it's rechargeable, waterproof and made of body-safe materials. This wand is nearly half the size of a Magic Wand, but it can hold its own against bigger vibes in terms of power. This toy comes in both a corded and rechargeable version and features a single button, making speed adjustments simple as can be. It's also less expensive than many other wands with similar power.

The updated waterproof version of the Bodywand is powerful, waterproof and includes 8 vibration modes. It's also whisper-quiet for a wand of this size. It's definitely not on par with the Magic Wand and Doxy, power-wise, but many people like it for its slightly lower intensity, lighter weight and overall versatility. Many people also like the simplicity of its 2 AA battery operation.